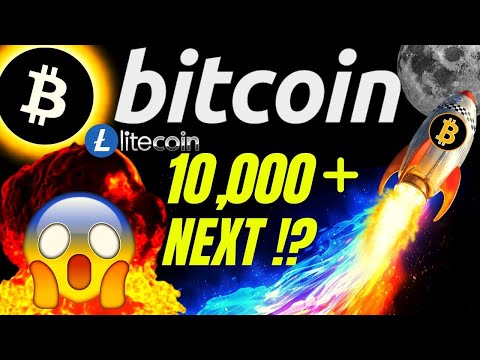 After a dramatic end to the APEC summit in Papua New Guniea which concluded in disarray, without agreement on a joint communique for the first time in its history amid the escalating rivalry between the United States and China, U.S. index futures initially traded sharply lower as investors digested signs that America-China trade tensions are set to persist, however they staged a modest rebound around the time Europe opened, and have traded mixed since amid subdued volumes as a holiday-shortened week begins in the US.

Last Friday, US stocks jumped after President Trump said that he might not impose more tariffs on Chinese goods after Beijing sent a list of measures it was willing to take to resolve trade tensions. However, tensions between the two superpowers were clearly on display at the APEC meeting over the weekend where Vice President Mike Pence said in a blunt speech that there would be no end to U.S. tariffs on $250 billion of Chinese goods until China changed its ways.
“The comments from Trump were seen as offering a glimmer of hope that further tariff action could be held in abeyance,” said NAB’s head of FX strategy, Ray Attrill. “The exchange of barbs between Pence and Chinese President Xi Jinping in PNG on the weekend continues to suggest this is unlikely.”
US Futures were also pressured following a report by the WSJ that Apple has cut iPhone production, creating turmoil for suppliers and sending AAPL stock 1.6% lower and pressuring Nasdaq futures.
Yet while early sentiment was downbeat following the APEC fiasco, US futures staged a rebound as shares in both Europe and Asia rose while Treasuries declined, the dollar faded an initial move higher as traders focused on the Fed’s new-found concerns over the global economy, and the pound advanced amid speculation that the worst may be over for Theresa May, since the potential for a vote of no confidence in May may be losing traction: the Sun reported that 42 lawmakers have sent letters of no confidence to Graham Brady, 6 more are needed to trigger a leadership challenge

Asia took a while to warm up but made a strong finish, with the Shanghai Composite closing 0.9% and Japan's Nikkei 0.7% higher, helping Europe start the week off strong too as a 1 percent jump in mining, tech and bank stocks helped traders shrug off last week’s Brexit woes. At the same time, stocks fell in Australia and New Zealand, where the Aussie and kiwi currencies dropped after U.S. Vice President Mike Pence attacked China at the weekend APEC summit.
Telecommunications and construction shares pushed Europe's Stoxx 600 Index higher, along with stocks in Italy, where Deputy Premier Luigi Di Maio said the government is ready for dialog with the European Commission over the country’s budget, which however seems just more semantics as Italy refused to concede to European budget demands.
Meanwhile, in addition to confusion over trade, the outlook for U.S. interest rates was also uncertain. While Federal Reserve policymakers are still signaling rate increases ahead, they also sounded more concerned about a potential global slowdown, leading markets to suspect the tightening cycle may not have much further to run and Morgan Stanley to write that "We Sense A Shift In Tone From The Fed."
Goldman Sachs also chimed in, saying it expected the pace of U.S. economic growth to slow toward the global average next year. The bank now sees a broad dollar decline next year, and revised its long-standing bearish view on the Japanese yen and tipped Latin American currencies, the Swedish krona, the Canadian, Australian and New Zealand dollars and the Israeli shekel to rise.
“We see several changes to the global economic backdrop which, combined with a few negative medium-run factors, point to more downside than upside to the broad dollar in 2019,” Goldman economists said in an outlook report. Goldman's bearish tilt will focus attention on an appearance by New York Fed President John Williams later on Monday to see if he echoes the same theme. As Reuters notes, investors have already cut odds of further hikes, with a December move now priced at 73%, down from over 90%. Futures imply rates around 2.74% for the end of next year, compared to 2.93% early this month.
As a result, yields on 10-year Treasurys declined to 3.08 percent, from a recent top of 3.25 percent while the currency market saw the dollar fade early gains while the pound rebounded from sharp losses last week as Theresa May prepared to appeal to business leaders to help deliver her Brexit deal as the premier fights almost insurmountable Parliamentary opposition.
May said on Sunday that toppling her would risk delaying Brexit as she faces the possibility of a leadership challenge from within her own party. With both pro-EU and pro-Brexit lawmakers unhappy with the draft agreement, it is not clear that she will be able to win the backing of parliament, increasing the risk that Britain will leave the EU without a deal.
Elsewhere, the Australian and New Zealand dollars held on to their declines after Mike Pence's attack on China this weekend fueled concern Sino-U.S. trade tensions will worsen; the yen neared a month-to-date high on the risk-aversion, onshore yuan weakened for the first time in five days.
Treasuries slipped while European bonds were mixed, with core notes slipping and peripherals rising led by Italy. In the U.S., trading activity may be thinned before the Thanksgiving holiday later this week.
In commodity markets, gold found support from the drop in the dollar and held at $1,1220.19. Oil prices suffered their sixth straight week of losses last week, but climbed toward $57 a barrel in New York on Monday. Bitcoin dropped further below $6,000, at one point touching a one-year intraday low.

About "the belief that they may be accepted by someone else"

I keep seeing this statement in various forms over years: bitcoins (only) have value because of the belief that they may be accepted by others. One recent example is hidden in the analysis by the FRB of Chicago.
I find this statement misleading in a dangerously subtle way: it is not a belief, it is a fact that bitcoins are accepted in exchange for goods and services. They have been accepted for years, and have never failed at the fundamental, technological level as a payment.
You could argue that we don't know if anyone will be accepting them tommorow, but this is the case with anything. When we say "accepting", we need to consider the actual value it is being accepted at. Have you ever tried redeeming the value invested in gold during an ugly armed conflict? How much value did you get out? Have you ever tried paying with government fiat at times of hyperinflation?
Next time anyone mentions the belief in the context of value of bitcoins, insist on hard facts, not beliefs.

The Chicago Fed National Activity Index (CFNAI) plunged to –4.19 in March, suggesting that the U.S. entered a recession that month. Source: The Federal Reserve Bank of Chicago. The peak bitcoin price coincided with the day bitcoin futures started trading on the Chicago Mercantile Exchange (CME). In this Economic Letter, we argue that these price dynamics are consistent with the rise and collapse of the home financing market in the 2000s, as explained in Fostel and Geanakoplos (2012).They suggested that the mortgage boom was driven by financial innovations in This forum is part of Project Hometown, a new initiative from the Chicago Fed that aims to foster discussion around the challenges and opportunities confronting hometowns in the Seventh District. As households struggle to make mortgage payments during the pandemic, Chicago Fed Letter asks which government policies are likely to be effective in Bitcoin reached near $20,000 in mid-December after remaining under $4,000 for about the first half of 2017. But when the Chicago Mercantile Exchange (CME) launched futures trading on bitcoin on Bitcoin's drop in value from its December 2017 peak of $19,511 was tied directly to the listing of futures contracts tied to the cryptocurrency's value, new research published by the San Francisco

Robert Breedlove is a CEO, freedom maximalist and Bitcoin writer. He explains why Bitcoin is special and here to stay. You can follow Robert at https://twitt... WILL BITCOIN HIT 10,000+ today? LITECOIN to 79 ??? 🔥My Wife's CRYPTO MERCH page: https://inkurimage.com 🔻 Trading Exchanges 🔻 🔥 BYBIT exchange: https://www.b... The Fed's inflationary monetary policy leads me to believe that Bitcoin will trade at or above $288,000 by the end of 2021. Not investment advice! Consult a financial adviser. Fed/IMF/Ripple Connection - Duration: 30:06 ... Jocko Willink's Emotional Letter to Seth Stone ... 24/7 Live Bitcoin Algo Trading on Deribit Exchange (DeriBot) Bitcoin Trading Robots 172 ... Instead of bailing out the banks, the Fed could have paid off every consumer debt in the country and freed up trillions of dollars for the consumer. Instead they padded the pockets of the banking ...