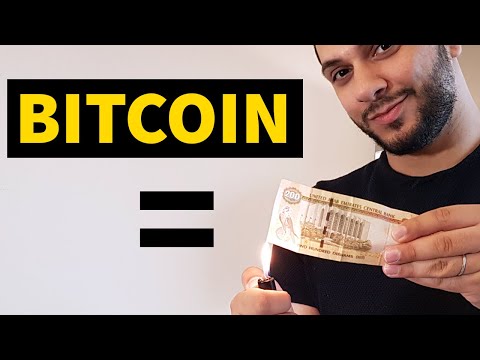 Bit redditors are complaining that Amir Taaki is a childish rep of bitcoin and needs someone more corporate, like Erik Voorhees or Trace Mayer however stop complaining on reddit and do your part.
The bit coin needs good PR and good publicity and more importantly positive Media Representation especially in Western Media.
Understand the trends.
Since bitcoin prices have skyrocketed from $30 upwards. Media agencies such as BBC, CNN have stopped reporting factual events in bitcoin such as the bitcoinica and mtgox hacks earlier to taking an editorial stance for or against it. Most outlets and newspapers have not done their research properly which shows how rushed and sensationalised journalism has become.
Tech and Business news have started to output their views also on bitcoin also highlighting inaccurate events and publicizing weaknesses such as Hacks, Bubbles and laughable bearish views. The Tech news outlets have been pretty favourable and business outlets pragmatically harsher.
Its simple.
News Agencies and Newspapers have hierarchies and therefore their editorial output is determined in a meeting even if the journalist is doing an independent piece as it still have to be editorially approved.
So quite simply if Media proprietors, newspaper and magazine editors and journalists and news anchors actually had bitcoins in their wallets, like the tech journalists have, hence why they are favourable to it, they would naturally promote bitcoins similar to how Goldman Sachs promotes the assets or derivatives they are long on. Most here are long on bitcoin so you need to make sure that Media proprietors, editors and journalists have bitcoins. This includes News Agencies, Newspapers and Magazines and Tech and business news outlets also. In addition to politicians and regulators. Find out everyone connected and send them bitcoins to get them connected. Clearly aimed at early adopters since the new guys cant send out bitcoins that they had to pay large amounts for. It may sounds ridiculous to send relatively affluent people in society bitcoins however the long term aim fully justifies this and I hope most of you read this over again if you do not understand this. These people promote their bias and interest directly and indirectly and still can appear neutral and professional. Get these guys to do our Marketing and PR without paying a PR agency millions of dollars. Just send them a few coins.
Remember Wordpress, Reddit, Mega, 9Flats, Expensify,
Of course a legitimate currency has to be used for illegitimate human vices such as Drugs, Sex, porn prostitution and Gambling.
But Food & Drink, Clothing and Shelter need to be purchased with bitcoin for it to fully function.
So contact or even flood them on email or twitter.
BBC, CNN, Reuters, AP, AFP, AlJazeera, CBS, ABC, Fox, NBC, New York Times, USA Today and Gannett, LA times and Tribune, MediaNews Group, Daily News, Sun-Times, Hearst Corp, Washington Post, Associated Newspapers, News International, GMG, TMG and Press Holdings, Bloomberg, FT and Economist, Tech like Verge, Arstechnica, Wired, TC, BGR, GigaOM, VB, Mashable, Media proprietors, CEO, Chairman, CIO, CTO, CFO, Editors, and Journalists, Also your politicians Senators, Reps and MPs, and Regulators like FinCen and others in US/EU. and finance commentators, strategists and economists - since they put out their views regularly to sheep that follow their every word even if they lie.
No point commenting this guy and that girl gave a negative view or that newspaper or blog is biased. Do something.
Go.
Bloomberg correspondent Sara Eisen, Convergex Group Chief market Strategist Nick Colas , Eurasia Group President Ian Bremmer, Societe Generale Senior Forex Strategist Sebastien Galy, Bob Rice, general managing partner with Tangent Capital Partners LLC, UBS stockbroker Art Cashin, Reuters claim Morgan Stanley and Goldman Sachs traders visiting mtgox Mastercard are watching, Steve Hanke, http://economics.wustl.edu/people/stephen_williamson, Scott Sumner, Tyler Cowen, George Selgin, Paul Krugman, Benjamin M. Friedman, http://econ.williams.edu/people/knk1, Lawrence H. White, Russ Roberts. Paypal is watching, Media Proprietors will call short now but then... Let their greed enable us.
The greed is unbelievable. http://techcrunch.com/2013/04/05/why-do-vcs-care-about-bitcoin/

(Reuters) - The euro held steady against the dollar but fared well against other major European currencies on Tuesday as surprisingly strong German data and ... May 19 (Bloomberg) -- Sebastien Galy, a currency strategist at BNP Paribas SA in New York, talks with Bloomberg's Susan Li about his forecast for the euro. The euro weakened for a second day to ... Oct. 3 (Bloomberg) -- Sebastien Galy, a senior foreign-exchange strategist at Societe Generale SA, and Jane Foley, a senior currency strategist at Rabobank International, talk about the outlook ... Have you ever accidentally thrown out something of value to you? A family portrait, perhaps, or the only remote controller that can operate the decade-old te... Le bitcoin est artificiellement limité à 21 millions d'unités, ce qui en ferait quelque chose de rare jusqu'à devenir le nouvel or digital ou encore mieux, la nouvelle monnaie globale.