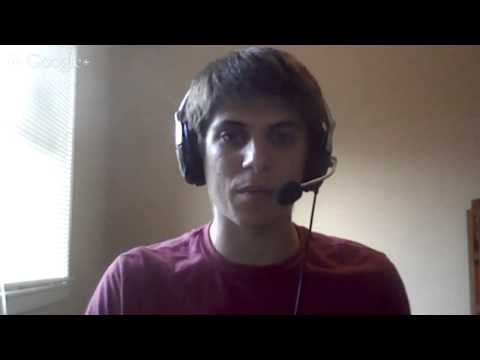 Bitcoin Foundation: Where did all the Money Go?

This week Charles Hoskinson posted a thoughtful post on the Bitcoin Foundation and his idea that an audit would help the organization break from the past.
I'm happy to support an audit provided someone can lead it and do the work involved and/ or support the costs of one.
I do remain skeptical of the value of an audit. We all know that a lot of money was wasted and lost - I detail the basics of the 2014 spending below -- it is unlikely worse than imagined as all the funds are essentially gone. I don't think much can be done about past mistakes, the people involved are no longer with the organization.
Also this week, someone on an anti-Bitcoin sub posted this data from the 990 forms and was afraid it would be censored if posted on Bitcoin.
I'm happy to post it for them, minus the color commentary and a couple of minor factual inaccuracies.
They also implied that some people would want to not have this information brought to light. I'm more than glad to. I don't defend these financial decisions as I had nothing to do with them. I also had thought the 2014 990 form with this was posted once completed this summer. At that time we were going through a website and server change and I was also recovering from a car accident, so if it was posted it wasn't in the proper place. For not having the 990 form posted in the correct section a few months back , that's on me and I'm sorry.
The bigger matter is the financials themselves.
I don't defend these financials, I certainly don't apologize for them or attempt to justify them. I had nothing whatsoever to do with these decisions.
As you can see the spending / loss was caused by:
1) a large drop in Bitcoin value costing millions of dollars - the peak foundation assets were calculated based on a Bitcoin price in the $800 range -- so, had they simply held those coins it would have seen the $6-7 million fall to $2 million or so
2) ridiculously wasteful and reckless spending
3) reasonable and legitimate expenses such as Gavin and dev salaries
I have not been presented any evidence of any theft, criminal act or similar wrongdoing but would be happy to pay a bounty of at least 10% for anyone with information and evidence of any such act leading to recovery of any funds which were misappropriated or stolen. Those who imply that there is any wrongdoing at the foundation now or by those involved now should come forward with evidence or at least a solid and specific accusation. If presented with any such evidence I would work to have justice done.
It seems strange that so many make an effort to tie those involved now to the sins of the past.
This is the point of a turnaround; to take what an organization has and make it as useful as possible. Many people think that the change in management and new focus, combined with a new mission statement can help the organization to help Bitcoin more.
I wish that the foundation hadn't had so many problems. I did think it was worthwhile to try to help the organization.
Here are the finances:
Salaries
Gavin Andresen: $147k. Chief Scientist. Salary down from $209k (salary was higher in 2013 as it was pegged to BTCUSD)
Jodie Brady: $141k. COO of the Foundation, who also served as CFO at CoinLab (Peter Vessenes' affiliate company).
Jon Matonis: $137.5k through "THE HOLE OF ROY LLC". Salary up from $31k. Jon Matonis acted as Executive Director up to October 2014.
Patrick Murck: $115k. Executive Director of the Foundation (as of November 2014). Salary up from $57k.
Contractors:
"LOCAL PRODUCER" was paid $790k to host Bitcoin 2014 in Amsterdam.
Apple Fundraising Consultants were also paid $123k for activities related to the aforementioned conference.
THEPOLICYCOUNCILCOM INC as the Foundation's 'Global Policy Counsel', paid $114k for about 9 months of work in 2014.
And the breakdown of the functional expenses, oh, so many expenses: Office Expenses: $39k up from $8k in 2013.
Information Technology: $158k up from $67k
Travel: $159k up from $69k
Occupancy: $18k up from $7k.
Accounting: $50.5k up from $9.1k.
Legal fees: $220k up from $161k.
Other: $653k, consisting of:
Professional services: $307k
Public relations: $93k
Executive Directory Compensation: $137.5k
Professional event expenses: $115k
Other salaries and wages: $471k up from $72k
Revenues : Membership dues: $335k down from $358k Conference revenue: $584k up from $337k At the end of 2014 not much was left: $366k.
2015
The beginning of 2015 still had many expenses similar to the above. At the time I came aboard those costs reduced dramatically. There were still high outstanding legal and accounting bills as well as the bitnodes funding and Bitcoin.org funding and other previous obligations that were paid.
Current spending is in the $8k / mo range
Current expenses:
Board salaries: $0
Executive Director salary: $0
All reimbursements for travel: in the range of $3000 - primarily for three speakers airfare and hotel (me, Gavin and Andreas) to DevCore, $600 in pizza for the attendees etc.
Aside from one economy flight to DevCore and the hotel I have personally not been reimbursed for any travel. I have paid some costs from my own credit card for web hosting etc which were also reimbursed - this is also a small amount, perhaps in the $2000 range
Current salaries include one part time bookkeeper and one almost full time ops director.
I'd love any feedback about what the organization can do to break from the past. We could close, sure. I'm not convinced that is what's best for Bitcoin and 8/10 top voted candidates from the last four elections don't think that's what the members want. What else can an organization do to move forward?
EDIT: BTW, here is the mission statement posted a couple weeks back by the new board - IMHO it's more productive to focus on this than the past https://github.com/BruceFenton/bitcoinfoundationplan

First, a disclaimer: I only have done (simple) accounting for a German non-profit. I have no idea about American tax laws, so I might be wrong on some things.
Here's the tax return. It's 33 pages but most of them are blank or uninteresting, so you can get through pretty quickly.
The interesting parts:
Page 2: The foundation had revenue of $877k but spent $1.4m, for a loss of $590k. Yet, its total net worth at the beginning of the year was $97k, and at the end it was $4.7m. You can probably guess how that happened, but it will be detailed later.
Page 8 shows the salaries the foundation pays.
All of them work (or "work") 40 hours a week.
Other listed employees, who don't receive compensation, are Jon Matonis (as executive director, 20 hours a week - we'll get back to the "no compensation" part later), and board members, including Peter Vessenes (known for failed businesses and suing MtGox), the convicted felon Charlie Shrem, and my namesake.
Page 9: Revenue. They made $358k off membership dues.
Page 11: Expenses. Interestingly, they spent $161k on management expenses (not salary). Also, they paid $15,431 in "fines and penalties" - how come we've never heard of that?
Page 12 is also interesting. They kept $314k in cash, but $4.5m in "other securities" - probably Bitcoin (up from $107k in the beginning of the year).
Seeing how their membership dues are less than the salaries they pay, their conferences lose money and they have little cash reserves, the Bitcoin foundation will likely go belly-up fast when the Bitcoin price stops rising or even goes down.
Page 23 provides the confirmation: their holdings of "other securities" are actually Bitcoin.
Page 31 is probably the strangest. According to that statement, the foundation paid a "The Hole of Roy, LLC" of a certain Jon Matonis $31k for his role as executive director. Why the payment is not given as salary but as a payment to a LLC which apparently runs a coffee shop in Utah, I have no idea.
tl;dr: The Bitcoin Foundation exists so a few people can pay themselves generous salaries and play important. Also, they seem to depend on the Bitcoin price rising seeing they lose money on revenue vs. expenses.

Bitcoin price is still rising. Experts predict the future rise for Bitcoin price as in 2017. 4 June 2019 $7,750 The price of bitcoin fell by more than 10%. 15 June 2019 $8,700 The price of BTC has risen above $ 8,000. Experts claim that the 2015 pattern is repeating. 16 June 2019 $9,311 Cryptocurrency updated the annual maximum at around $9000 Patrick Murck joined Quest Means Business to discuss the security concerns over bitcoin. from Bitcoinist.net on Vimeo. Patrick Murck discusses on CNN the Bitstamp hot wallet hack and how exchanges are doing better despite the hack in protecting customer funds. Patrick Murck, until very recently, the Executive Director of the Bitcoin Foundation, where he has served as General Counsel and continues to advise as it undergoes its recent changes.Though we chatted during and after the DevCore event, it was not until the after-party, where I managed to get some quiet time with him for a chat and an interview. Bitcoin Price Volatility Hits 3-Month Low. Omkar Godbole Jun 9, 2020. 24h $ 0. NaN% 24h $ 0. n/a. New Bitcoin Foundation director Patrick Murck engaged the bitcoin community today in an open Q&A. Patrick Murck. Bitcoin Foundation. Guest. General counsel for the Bitcoin Foundation. Patrick Murck on KCRW. Is the Bitcoin a Boom or a Bubble? National Is the Bitcoin a Boom or a Bubble? The price of a Bitcoin has jumped from $13 at the start of this year to more than a thousand, and it's still rising. Congress and federal regulators are

Join Patrick Murck, General Counsel of the Bitcoin Foundation for this eye-opening and insightful talk on one of the most important innovations in finance. ... Bitcoin Halving, BTC Updates, Price ... This video is unavailable. Watch Queue Queue. Watch Queue Queue Crypto Now Feb 6th 2019 With Jessica Walker And Kevin Murck Of ... What Is Bitcoin For Dr. Adam Back, CEO Of Blockstream? ... 22:22. Big Business Going Big On Blockchain & Cryptocurrency - The ... From obscure cryptographic experiment to multibillion-dollar virtual currency, Bitcoin's sudden rise to fame has been steeped in controversy. As US authorities give it the green light for the ... Bitcoin Cash CEO Roger Ver talk BCH Price Prediction & BCH Giveaway Roger Ver BCH 1,601 watching Live now Patrick Murck on Property Law and the Blockchain - Duration: 1:00:10.