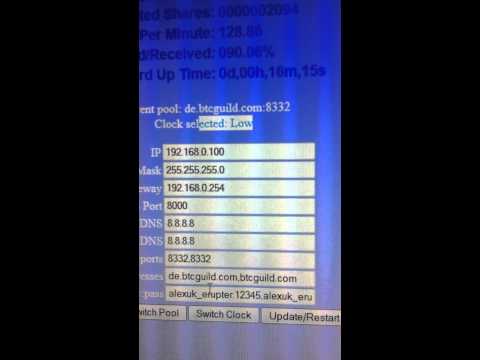 How I fall in love with bitcoins these days

2013,9th, Sep BITCOIN ASICMINER, this new word then accompanied me for the last days till today. Since 2012, I have learned something about bitcoins from my friend. I know that [Bitcoin is a kind of network virtual currency, anyone in the world can use to purchase virtual items, such as clothes, hats, equipment in network game,etc. Certainly, you can also use bitcoins to purchase items in real life as long as the seller accept. However, the most special point for bitcoin is that the issue, circulation and management of bitcoins does not belong to any person, organization, company or any country. In another words, it’s equally and belong to everyone who participate in. Anyone who have a computer, connecting to network, and then running a free open source software can be involved. There is never such thing that anyone who as an administrator or who have the center node or privilege. That calls BITCOIN SYSTEM, a equally peer-to-peer(P2P) systems. Most important of all, BITCOIN SYSTEM can promise as below: 1. the total quantity of bitcoins is certained. 2.the quantity of bitcoins increase at a slow pace, but not sudden increase. 3. bitcoins will eventually increase to a certain quantity, but not unlimited growth. 4. the above characteristics are guaranteed by a recognized mathematical formula, do not need any guarantee come from any person, any organization or country. 5.the circulation of bitcoins do not need any intermediaries and the transfer process is not subject to interference]. So this news asicminer is a big surprise for me. At the first week, I was curious about this magical hardware , but then I nearly crazy about it. 2013,9th, Sep 13:46
2013,10th,Sep 10:05
2013,11th,Sep 15:16
2013,12th,Sep

How To Setup An Asic Block Erupter For BFGMiner