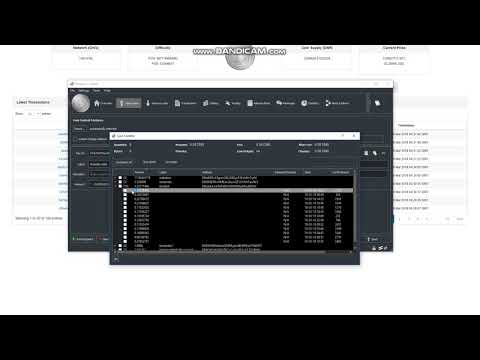 Why invest in SmartCash? To start, I found about SmartCash when I was mining at Zpool. Awesome miner keeps on mining a Keccak coin and that I will be earning 10x of what I’m supposed to have. For starters, it could be a glitch, so I switched to Nicehash, still the same. So instead of mining through these auto-exchange pools, why not mine the coin directly? Zpool stated that the coin for Keccak is Maxcoin same as what Nicehash has listed. Checked Maxcoin in CoinMarketCap, saw the price doesn’t make sense. I setup my rig, pointed to a working Maxcoin pool, and it’s not the same. So tried searching further, found a list of coins with Keccak used as an algorithm.. then found SmartCash. I went to the SmartCash website and saw that they have a lot of “community” projects being done. Youtube videos also explained how good the “community” is. The website also offered what’s called SmartRewards, you save a minimum of 1000 Smarts before the 25th of the month, leave it there until the 25th of the next month then get paid with the current percentage of what is showing in the SmartRewards calculator. Pretty enticing, because it is one way to “stabilize” the price. In order to get a headstart, I pointed my rigs to their “Official SmartCash Pools”, then hashed away. After a few days, I was able to amass around 300 Smarts. So, I planned to mine a bit more looking forward to getting the SmartRewards. As per “mining” goes on, a lot of things happened. The zcoin exploit, exchanges being disabled, difficulty rising exponentially and worst is, the exchange rate rose up to $3.20/Smart to a low $0.81 in a span of two days. Two (2) days, of disabled exchanges due to the zerocoin exploit. The Zerocoin exploit allowed 23.4 M SmartCash ($ 6.5 Million with current exchange rate at that time) was sent to a specific wallet. What makes the matters worse, they did ask the exchanges to “DISABLE” the SmartCash wallets. This is to prevent deposits and withdrawals, smart? Nope. It didn’t stop there. The Zerocoin exploit occurred Jan 8th-9th. The exchanges were disabled around that time. But if you look on the dates Jan 8th to 19th, stocks.exchange had their DEPOSIT option enabled. And then from there, you could see a literal price increase to a dump. Price went up to $3.45/SmartCash on Jan 13th and decreased drastically from there. Stocks.exchange showed a very huge sell order starting from Jan 18th. Eventually, the “supposedly stolen” SmartCash was sold for Bitcoin. Thinking that Exchanges we’re disabled at that time. A lot of us miners, didn’t find out about it and was wondering why “DEPOSIT” is enabled, while withdrawal isn’t. Simple, if you’re a coin developer or part of the project. You have the authority to tell the exchanges to enable deposits and/or withdrawal or both. Smart right? Well, it doesn’t end there. The so-called SmartCash whales did a tipping spree on Discord. People got SmartCash for free. A lot were able to setup their own SmartNodes and move on. The news spread across reddit, twitter and even steemit. People started joining the SmartCash discord, and then it went on from there. People are begging for Smartcash, people are asking for tips for some unknown or weird reason, some are even there who are just in for the free money. Sad to say, the SmartCash team found out about the tipping spree and changed the tipbot rules. Fact of the matter is this: 1. SmartCash has 70/30 Block Reward Split; 70% goes to SmartHive Community, 30% goes to SmartNode owners, SmartRewards and the Miners. 2. SmartCash team has more than coins locked on their repository, and yet the price is too low for the volume. 3. SmartNodes are around 6-7k count or more. Price is still low 4. Mining pools are having constant problems With all these four (4) reasons taken in account, why invest in SmartCash? There are a lot of coins out there where you could earn more decently and honestly. Denarius is one. Why keep on pushing on to invest in SmartCash? Is it because of the SmartRewards? It still didn’t help. Is it because they have 6-7k SmartNodes with 10000 Smarts locked? Nope, not either. Do the math, if you’re reading this, you should be good at it. Imagine locking 10000 Smarts on 7000 SmartNodes = 70000000 SmartCash (LOCKED). Yet, still the price is not on what you should expect. If you read clearly, exchanges were disabled when the exploit happened, but still a huge dump occurred even before they announced that withdrawal/deposit are working. Oh, and yeah.. they “asked” cryptopia to delist them. Or should I say, Cryptopia delisted them. Think twice before you invest in SmartCash. Be Smart. Smartkonnnneeeeeeeeeeeekkkkkkkkkkkk!

Are people this naive?

First of let me start by saying I do not support fiat paper money nor do I support endless money printing. I own silver and gold, something that has been seen as money for thousands of years.
I want to understand how people can truly buy Bitcoins and feel safe about it? A Bitcoin isn't backed by anything except the stupid people that buy it, sure it isn't able to be printed to infinity but its virtual money!
History has shown us how stupid people have been in speculation bubbles. For example the NASDAQ bubble when people bought internet stocks before they had even started to make a profit, or we can go back to the 17th century and what was known as "Tulip Mania" were one single Tulip sold for 10 years the pay of a skilled craftsman! Then one day the bubble burst when people figured out the stupidity they were a part of...Sure people that sold at the top became rich, just like every of stock market crash.
I hope you people understand that this is virtual money, sort of like playing World of Warcraft and getting gold. What will happen when the fiat system collapses and other country's wont accept dollars for food, oil, commodities, technology. Do you think they would accept virtual money? or silver and gold and other commodities... What will even happen when the cost of electricity will be so high that all of you probably wont even be able to access the internet. Russia and China are buying huge amounts of silver and gold. Do you think their going except Bitcoins? Do you think a farmer that's been working hard to produce his crops is going to give it to you for Bitcoins? A virtual money?
You people need to seriously grow up, I'm 16 years old and I know how stupid this is. If you want to protect against inflation and endless money printing at least buy something that is sensible. Like silver, gold, platinum, food, oil. Sure Bitcoins might go up in the short term, but when people figure out what they are actually holding and how worthless it is, then it'll all come down. Just remember it's only backed by what people perceive its value to be!!!
At the time I'm writing this silver is at $31.00/oz while one Bitcoin is $25.49. Does this sound logical? In the Roman empire soldiers got paid one silver Denarius per day, which is 1/10th a silver oz. Which in dollars would mean they got paid $3.10 a day, of course this isn't the correct evaluation and silver is the most undervalued thing on the planet. I could go on and on talking about silver but I wont considering this is a Bitcoin topic.
I Finish by saying this, I have no control over what you guys do, think, or buy, but I am trying to warn you guys to realize what your doing. It affects me in no way if you don't listen to me, I have my silver and gold. Just take a minute to think about what your doing...

BITCOIN PRICE PLUMMETS IN MINUTES! WHAT IS NEXT FOR BTC?

The insights from the stock markets. Coronavirus and the Black Swan effect are just an excuse. ... Founder, Denarius Conseils et Gestion SA. ... Annual Low For Bitcoin And Halving Is Almost Upon ... Bitcoin rose alongside the S&P 500, breaking towards its technical resistance level of $9,400. But heading into the new week, the cryptocurrency is facing new challenges in the form of corporate ... How to start mining Denarius [DNR] on pool In this video i will show you how to mine Denarius [DNR]. Denarius is a PoW/PoS hybrid cryptocurrency based off the original Satoshi Core codebase. Unsubscribe from Aureus Denarius? Cancel ... I talk about money, currency, gold, silver, bitcoin and cryptocurrencies. If you find the video informative, please subscribe to the channel and leave ... BITCOIN STOCK TO FLOW HINTS TO BULL CYCLE BULLISH AS BTC PRICE MOMENTS AWAY FROM MOVE! - Duration: 8:49. Crypto Capital Venture 3,985 views. 8:49.