r/Bitcoin - ELI5: What will happen if there is a - reddit 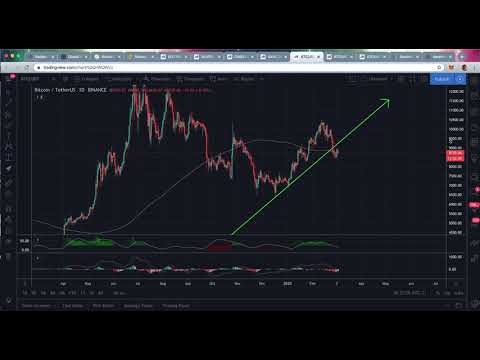 TL;DR:
Chinese miners should think very, very carefully:
The market will always win - with or without you.
The choice is yours.
 UPDATE:
The present post also inspired nullc Greg Maxwell (CTO of Blockstream) to later send me two private messages.
I posted my response to him, here:
https://np.reddit.com/btc/comments/4ir6xh/greg_maxwell_unullc_cto_of_blockstream_has_sent/
 Details
If Chinese miners continue using artificially constrained code controlled by Core/Blockstream, then Bitcoin price / adoption / volume will also be artificially constrained, and billions (eventually trillions) of dollars will naturally flow into some other coin which is not artificially constrained.
The market always wins.
The market will inevitably determine the blocksize and the price.
Core/Blockstream is temporarily succeeding in suppressing the blocksize (and the price), and Chinese miners are temporarily cooperating - for short-term, relatively small profits.
But eventually, inevitably, billions (and later trillions) of dollars will naturally flow into the unconstrained, free-market coin.
That winning, free-market coin can be Bitcoin - but only if Chinese miners remove the artificial 1 MB limit and install Bitcoin Classic and/or Bitcoin Unlimited.
 Previous posts:
There is not much new to say here - we've been making the same points for months.
Below is a summary of the main arguments and earlier posts:
 Previous posts providing more details on these economic arguments are provided below:


This graph shows Bitcoin price and volume (ie, blocksize of transactions on the blockchain) rising hand-in-hand in 2011-2014. In 2015, Core/Blockstream tried to artificially freeze the blocksize - and artificially froze the price. Bitcoin Classic will allow volume - and price - to freely rise again.


https://np.reddit.com/btc/comments/4dfb3bitcoin_has_its_own_e_mc2_law_market/
(By the way, before some sophomoric idiot comes in here and says "causation isn't corrrelation": Please note that nobody used the word "causation" here. But there does appear to be a rough correlation between Bitcoin volume and price, as would be expected.)


The Nine Miners of China: "Core is a red herring. Miners have alternative code they can run today that will solve the problem. Choosing not to run it is their fault, and could leave them with warehouses full of expensive heating units and income paid in worthless coins." – tsontar


Just click on these historical blocksize graphs - all trending dangerously close to the 1 MB (1000KB) artificial limit. And then ask yourself: Would you hire a CTO / team whose Capacity Planning Roadmap from December 2015 officially stated: "The current capacity situation is no emergency" ?


Austin Hill [head of Blockstream] in meltdown mode, desperately sending out conflicting tweets: "Without Blockstream & devs, who will code?" -vs- "More than 80% contributors of bitcoin core are volunteers & not affiliated with us."


Be patient about Classic. It's already a "success" - in the sense that it has been tested, released, and deployed, with 1/6 nodes already accepting 2MB+ blocks. Now it can quietly wait in the wings, ready to be called into action on a moment's notice. And it probably will be - in 2016 (or 2017).


Classic will definitely hard-fork to 2MB, as needed, at any time before January 2018, 28 days after 75% of the hashpower deploys it. Plus it's already released. Core will maybe hard-fork to 2MB in July 2017, if code gets released & deployed. Which one is safer / more responsive / more guaranteed?


"Bitcoin Unlimited ... makes it more convenient for miners and nodes to adjust the blocksize cap settings through a GUI menu, so users don't have to mod the Core code themselves (like some do now). There would be no reliance on Core (or XT) to determine 'from on high' what the options are." - ZB


BitPay's Adaptive Block Size Limit is my favorite proposal. It's easy to explain, makes it easy for the miners to see that they have ultimate control over the size (as they always have), and takes control away from the developers. – Gavin Andresen


Core/Blockstream is not Bitcoin. In many ways, Core/Blockstream is actually similar to MtGox. Trusted & centralized... until they were totally exposed as incompetent & corrupt - and Bitcoin routed around the damage which they had caused.


Satoshi Nakamoto, October 04, 2010, 07:48:40 PM "It can be phased in, like: if (blocknumber > 115000) maxblocksize = largerlimit / It can start being in versions way ahead, so by the time it reaches that block number and goes into effect, the older versions that don't have it are already obsolete."


Theymos: "Chain-forks [='hardforks'] are not inherently bad. If the network disagrees about a policy, a split is good. The better policy will win" ... "I disagree with the idea that changing the max block size is a violation of the 'Bitcoin currency guarantees'. Satoshi said it could be increased."


"They [Core/Blockstream] fear a hard fork will remove them from their dominant position." ... "Hard forks are 'dangerous' because they put the market in charge, and the market might vote against '[the] experts' [at Core/Blockstream]" - ForkiusMaximus


4 weird facts about Adam Back: (1) He never contributed any code to Bitcoin. (2) His Twitter profile contains 2 lies. (3) He wasn't an early adopter, because he never thought Bitcoin would work. (4) He can't figure out how to make Lightning Network decentralized. So... why do people listen to him??


Spin-offs: bootstrap an altcoin with a btc-blockchain-based initial distribution

A few of the posts deleted on /r/bitcoin yesterday

What the block war looks like to a normal bitcoiner.

Who are the owners of the Bitcoin Core repository?

I am a bit new to Bitcoin, but I was reading some of the stuff from the expert developers. I saw this quote by Gregory Maxwell says he owns the Core repository:


You're free to have your own repository-- and you do in fact; you should try working on it instead of telling other people what to do in their own repositories for a change


https://www.reddit.com/bitcoinxt/comments/3t21dh/dangerous_homebrew_cryptography_in_blockstream/cx4fiwa
So I was wondering how many people own the Core repository? Is it more than 1 or does Greg Maxwell own it all? Also didn't Gavin Andresen used to own it? Can somebody ELI5 the history of Bitcoin Core repository ownership?
Also if they are claiming ownership then I don't understand why they are so against XT and other repositories, if Bitcoin is supposed to be decentralized I thought its good to have competition between repositories because isn't centralization bad?

Bitcoin SV is the original Bitcoin. It restores the original Bitcoin protocol, will keep it stable, and allow it to massively scale. Bitcoin SV will maintain the vision set out by Satoshi Nakamoto’s white paper in 2008: Bitcoin: A Peer-to-Peer Electronic Cash System. A Hard fork, really is a misleading name. It connotes the idea of a train traveling on the tracks and the conductor makes a decision to change the rail switch, and choose a another track to go down. While the trains directions changes, the passengers cargo and train remains the same. Everyone enjoying a happy trip, maybe… The ELI5 version of why Bitcoin is important - youtube.com The essence of how Bitcoin works - youtube.com The real value of Bitcoin and cryptocurrency technology - youtube.com For Bitcoin XT to become the official bitcoin client bitcoin miners will have to approve it. If 75% of bitcoin miners start mining using Bitcoin XT instead of Bitcoin Core after two weeks a hard fork will occur, but not earlier than January 2016. You can see how many bitcoin blocks have been mined with Bitcoin XT here. To date the only mining Bitcoin XT was launched before the Bitcoin network had truly reached a boiling point on this issue. Mike Hearn, the most outspoken advocate for the increase in block size at that time, spearheaded the Bitcoin XT movement. However, Gavin Andresen also joined forces with Mike Hearn later on and they both partnered up to develop Bitcoin XT.