The Bernie Madoffs of Bitcoin? As market heats back up 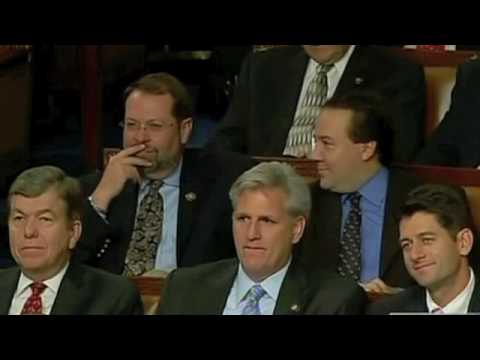 Cryptocurrency down to its final days

First I need you to understand there is no argument here. Cryptocurrency is a Ponzi scheme. Your refusal or inability to understand it unfortunately doesn't make it any less true. For me everything came together with the Bitcoin fork. The day before the fork, Poloniex updates its TOS to include the inability to be included in class action lawsuits. No reaon, no explanation, just, you can't sue us. And for some reason we just accepted that as reality and moved on. The next day the fork happens, but Poloniex refuses to release Bitcoin Cash for another 2 weeks. They give some technical bullshit story and people buy it. It blows my mind. If you own 1 BTC $2800, you now also had 1 BTC @ $2800 and 1 BCH @ $400. $400 in free money and no one ever bothers to question where it came from, except for apparently me. More than 4 billion was added to the total market cap, but no new money ever entered the system. Pennies from heaven. People just accepted their "free money". Coinbase, one of the few exchanges where you can convert back to fiat, won't release their BCH until January. They give another bullshit technical story, but the real reason is it's great business advice not to give away free money to their customers. Even if 10% of their customers immediately cashed out their "free money", we'd know they were insolvent. I think the Poloniex updated TOS and their decison to wait 2 weeks to release Bitcoin Cash were related. They were waiting for someone to ask where the free money came from. Seriously i'm the only one? If money is this easy to make, why don't we just fork every cryptocurrency? Well, we are. Bitcoin is due to fork AGAIN into Bitcoin Gold in late October. Ethereum will fork 10/8, next Sunday. Given what you now understand about the first Bitcoin fork, these forks make more sense now, don't they?
Early miners mined hundreds of thousands of Bitcoins for mere pennies. If someone wanted to cash out 100,000 bitcoins for $430,000,000 right now, could they? Oh hell no, you'd have to do it a little bit at a time. Let's say you're worth you're worth $300,000. If you wanted to could you cash out everything right this second? No, and this is the major point that almost literally everyone is missing. It's just not easy to convert back to fiat. Did you know Coinbase only allows $10k per day in withdrawals after a long verification process? Then they have further weekly and money withdrawal limits. Using only Coinbase, it would take you more than 30 days to withdrawal everything. How does a ponzi scheme work? You need new people consistently buying into the market and, here's the key, not selling. How do they keep people from selling? Well, you make people believe they're going to become wealthy. How many people do you know that aren't HODL ers. No one. "We're still in on the ground floor, everything to the mooooon! We're 20 year olds going to retire at 22! Bitcoin is headed to $1,000,000!" Everything, all the hype is to prevent people from selling AND keep people continuously buying in. Meanwhile, the early investors can take the new money entering the market and cash out. New investors giving their money to old investors, a classic ponzi scheme. Or maybe pyramid, not sure, but I know with 100% certainty its a scam. The cold hard reality is most people have already lost their money. They just don't know it yet.
I can't prove this, but I think Roger Ver is Satoshi Nakomoto. He's involved in almost literally everything Bitcoin. Bitstamp, Kraken, Bitpay, localbitcoins.com, bitcoin.com. Google "Bitcoin Jesus Is Creating His Own NAP Voluntarist Country". He's set up a libertarian paradise with 0% taxes, but more importantly for him, free from criminal prosecution. Also he's the one who pushed so hard for Bitcoin Cash. If he owns 1,000,000 Bitcoins, he gave himself a $400,000,000 pay day and if you noticed, the price almost immediately rose to $800 before coming back down. I still can't prove it, but I know the exchanges are scams. Everything is a scam.
Last week Goldmoney.com started accepting most cryptocurrencies as payment. Why? Well, I might have told them, I sooo wanted Peter Schiff to be the one to blow the whistle. Maybe he still will, but in the meantime if you don't want to lose everything you need to act now.
Harry Markopolos figures out the Bernie Madoff Ponzi scheme. I figured out the cryptocurrency ponzi scheme. It's a Greek thing. If you still don't get it, you better read it again. Cryptocurrency is finished.

Hickling: Gary North on Bitcoin ‘The Second Biggest Ponzi Scheme in History’ From GaryNorth.com : “I hereby make a prediction: Bitcoins will go down in history as the most spectacular private Ponzi scheme in history. The idea of a Bitcoin "Ponzi scheme" isn't new, nor is it necessarily considered bad By contrast, the new HYIPs sound more like Bernie Madoff's hedge fund, claiming to earn huge returns through a Bitcoin is a huge bubble and ponzi scheme. Kept alive because of libertarianism’s ability to recruit another greater fool. And because nobody knows the bubbles termination date. Indeed - Ponzi is a very specific type of fraud, and there is no reason to suspect the bitcoin fraud is a Ponzi scheme. Mostly likely a classic pump and dump. For those who don't know, Gary North is a batshit crazy christian dominionist who came to fame pumping people into hysterics over Y2K. What about the fact that those who bought bitcoin early have made huge amounts of money? Well, people who invested with Bernie Madoff also made lots of money, or at least seemed to, for a long time.

A look at the Social Security system. By contrast, Bernie Madoff seems like a shoplifter. http://www.LibertyPen.com.